For years, Apple’s first-party productivity and creative applications have ignited deep loyalty in Mac fans for their ease of use and performance. Paired with Apple’s smart ecosystem, iMovie is regarded as one of the best free video editors around. The flagship version of iMovie has always been the macOS edition – and traditionally it would be unthinkable to edit video on an iPad.

However, successive releases of powerful iPads – including the latest iPad Pro packed with the same revolutionary M1 ARM-powered processor as the late 2020 MacBook Pro – has seen focus shift to the iPad as a device for real creative work.

With this progress and Apple’s insistence that the iPad is now equal to a computer, an important question remains: is iMovie on iPad anywhere near as good as the tried and tested macOS version? How do they compare? What are the limitations of the iPad version?

In this article, we’ll have a deep dive into the differences in feature sets between the version, what each version does better and ultimately which version (macOS or iPadOS) is the best for creating brilliant videos and home movies.

If you are looking to learn more about video editing, you should really check out SkillShare. Skillshare is an online learning platform with courses on pretty much anything you want to learn.

There is an amazing iMovie course, The Complete Guide to iMovie from Beginner to Expert that I recommend you check out.

To learn more about Skillshare and its vast library of courses and get 30% off, click the link below:

We’ll start with what’s similar between these two versions – as both of these apps were designed with the same ethos and framework, there’s bound to be a few things that both of these versions do equally well.

The main advantage of using iMovie – whether that’s on the Mac or on an iPad – is its simplicity. Anyone who’s ever tried to dive into other video editing programs will recognise the feeling of being bombarded with technical terms and difficult to use interfaces (Is the average Joe really going to understand what a codec or GPU acceleration is, Adobe?).

The simplicity starts with creating a project. Here, the process is exactly the same on both versions. Upon creating a new project, you’re asked to choose whether this will be a movie or a trailer.

The trailer creator is fairly similar on both versions also – with them both serving their function as a cool gimmick or classroom pastimes. With the rear-facing camera of iPads, its slightly easier to create the copy-paste trailers iMovie is infamous for with the iPad version.

Both versions have similar export options too – with the latest version of iMovie for macOS bringing full 4K export support for clips that were natively 4K. iMovie for Mac offers a tad more customizability, but for anyone looking for specific format options or custom bitrates will have to turn to professional video editors like Final Cut Pro X.

What does iMovie for iPad do better?

The iPad version of iMovie’s biggest strength is its video and image capture capabilities. It is far easier to quickly record and edit home movies straight from the iPad than it is shooting it on a camera, transferring videos to your Mac and importing these files.

If you’re looking for the easiest way to edit together a couple of clips of your kids playing, or perhaps a short presentation for work, the iPad makes it super simple to point the camera, record and edit.

With its simple and intuitive touch layout, iMovie is easier to use for those who are tech-illiterate – perfect if your grandma wants to make an action trailer on your family holiday.

Also, the integration with iCloud is far more seamless with the iPad version of iMovie than the Mac version. To be fair to Apple, tight support for accessing iCloud is less important when you can just drag and drop video clips from Finder into your timeline on a Mac.

Although, where iCloud support shines is taking advantage of the Apple ecosystem. Got a few clips taken on your iPhone that you’d like to edit together? Simply upload to iCloud and import on your iPad. The process is a little more involved on the Mac – although not by much.

What does iMovie for Mac do better?

The theme of iPadOS’s iMovie is that it excels with quick, easy edits of content captured on an iPad or iPhone. It’s therefore obvious that iMovie for Mac is far better for more complicated projects with lots of effects, titles and transitions.

Let’s start with titles: usually one of the first elements added to a project. iMovie for Mac features 48 preset titles, compared to iMovie for iPad’s 12. This includes lower thirds, lines and even fancy animated titles. Like the iPad’s titles feature, you can change the position of any text you import – but you can also adjust the font and size of the text.

The story of greater customization continues with transitions. Transitions are a perfect way to create interesting changes between clips, including fades, wipes and flips.

On the iPad version of iMovie there are only 4 transitions presets: Dissolve, Slide, Wipe and Fade. The majority of transitions creating are going to need falls in these four categories, but iMovie for Mac offers 24 different transitions, including interesting animation effects.

Moreover, the overlay feature is far more limited on the iPad version than it is on iMovie for Mac. The story is the same for backgrounds – where the Mac version offers some beautifully animated backgrounds.

Which version of iMovie is the best? Mac or iPad?

For most people, the limitations of the iPad version and the extra presets, settings and transitions in the Mac version mean that creators can make far better videos with iMovie for Mac.

For those who want a simple video editor to splice a few clips, or if you want to work with content captured on the iPad, iMovie for iPad is perfectly capable of small edits. However, anyone working with multiple clips or who wants to create longer videos should opt for iMovie for Mac. We hope that – especially with Apple Silicon finally being packed into the iPad Pro – Apple will add more features and capabilities to iMovie for iPad.

Moreover, amateur video editors looking to create content for YouTube or to earn money should consider investing in Final Cut Pro X. This is another Apple first-party app, but this time geared to professional video creators – offering you far more flexibility, control and features to create stunning video content. 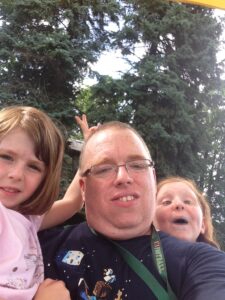 Hi! I’m Jimmy. I am a software engineer, blogger and YouTuber. My main blog is The Productive Engineer, a site devoted to all things productivity apps. I also have a YouTube channel by the same name. Running both a blog and YouTube channel actually led me to creating this site.

There is a hodgepodge of resources out there that can make getting started editing audio, video and images very intimidating. I longed for a single place I could go on the internet where I can find everything I need to know to get started and improve my video, audio and image editing skills.

This is that place. Editing Dojo exists to help you and others with all your editing questions and tasks. I hope you find everything you need.

This site is owned and operated by Productive Blogs LLC. Productive Blogs LLC is a participant in the NordVPN affiliate program, the Setapp Affiliate program, affiliates from Commission Junction, affiliates from Shareasale, Income School, Skillshare Affiliate Program and the Amazon Services LLC Associates Program, an affiliate advertising program designed to provide a means for sites to earn advertising fees by advertising and linking to Amazon.com. We may receive a payment in connection with purchases of products or services featured in this article